You are here: Home / Blog / Is Gestational Surrogacy Right For Me? 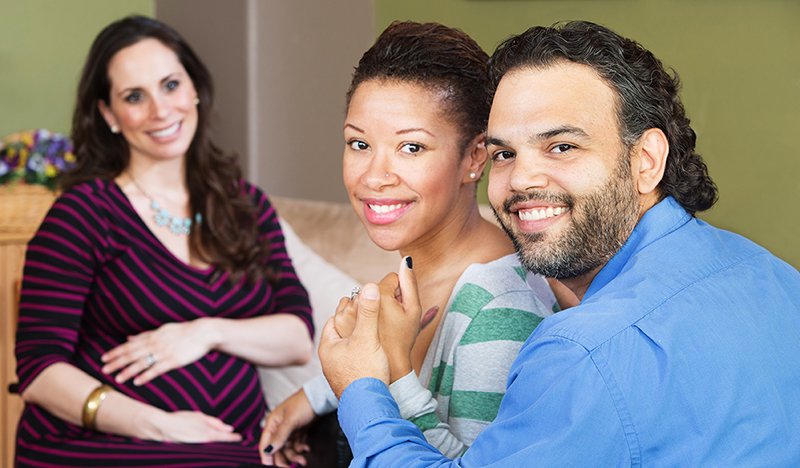 Today’s families come in all shapes and sizes. You may have biological children with your partner but have difficulty conceiving another child. You may be a single parent who is ready to begin your family. Same-sex couples may look for ways to expand their family. Whatever your situation, one of the things that you might consider is gestational surrogacy.

Can you pay for surrogacy?

The adoptive parents can pay expenses for the gestational carrier. They can pay the carrier’s living expenses during the pregnancy and for six weeks after birth. They may pay for hospital fees and related medical expenses.

Allowed expenses also include the birth parent’s legal expenses for the adoption proceedings. However, the intended parents can’t pay the carrier for anything else. The gestational carrier can’t make a living or profit from being a carrier in North Carolina with the exception of living expenses during the pregnancy and for a short period after the birth.

The most common way to use a surrogate in North Carolina is to prepare a written agreement before the pregnancy begins. It’s critical that everyone involved is on the same page about how they want the surrogacy to work and what the rights and obligations are of each person involved. The best practice is to prepare a consent agreement regarding parentage before taking any steps to begin a pregnancy.

A North Carolina surrogacy attorney can help you draft a consent surrogacy agreement. The agreement must clearly state the names of everyone involved. It must spell out how the surrogacy is going to work and what the intended parents are going to pay the gestational carrier for her services. It should carefully state who the intended parents are. Everyone involved should sign the consent order.

A pre-birth order for placement

You can begin the case where the gestational carrier lives, where the intended parents live or where they plan for the gestational carrier to deliver the child. There are residency requirements, so not just anyone can bring a case in North Carolina. If the consent surrogacy agreement is in order and the case is filed properly in the North Carolina courts, the court may issue a pre-birth placement order.

With a pre-birth placement order, the intended parents can come to the hospital. They can make medical decisions for the child right away and take the child home with them as soon as the hospital discharges the child. Not all county courts will issue a pre-birth order, so it’s important to work with your surrogacy attorney in North Carolina to carefully determine where to bring your case and what to say in your petition for a pre-birth order. If you have a pre-birth order, you must finalize the adoption shortly after the child’s birth.

Formalizing an adoption after birth

You can also complete an adoption through a surrogate completely after the child’s birth. A surrogacy through traditional adoption feels like many other adoptions where the child is placed immediately after birth. You may still pay allowed expenses for the birth mother.

What if the gestational carrier changes her mind?

The law isn’t clear about what happens if a gestational carrier doesn’t want to honor the agreement. There’s no North Carolina case from the Court of Appeals or Supreme Court addressing what happens if a surrogate changes their mind. On the one hand, a child is presumed to be the child of the mother who delivers the child and her husband. However, the courts routinely use paternity testing to determine fatherhood, and there’s no law that says the court can’t uphold a surrogacy agreement where the gestational carrier unilaterally wishes to undo the agreement.

How can I protect myself and my child?

Even though North Carolina law is unclear, surrogacy may be right for you. The best practice is to have a clear understanding with everyone involved about the terms of the surrogacy. All of the parties should be completely sure going in that surrogacy is what they want to do. It’s important to work with a surrogacy attorney to draft the paperwork for you as quickly and precisely as possible. Undertaking the surrogacy process carefully and deliberately can help you navigate this life-changing event with a complete understanding of what to expect as you add to you family.